Can I Make Money as a Scentsy Consultant?

The other day as I was at Costco filling up my car with gasoline I overheard a conversation the woman in front of me was having on her phone. She was telling the person on the other end that their mutual friend was making a huge mistake and signing up for one of those awful “pyramid schemes”. She continued her conversation saying things like - 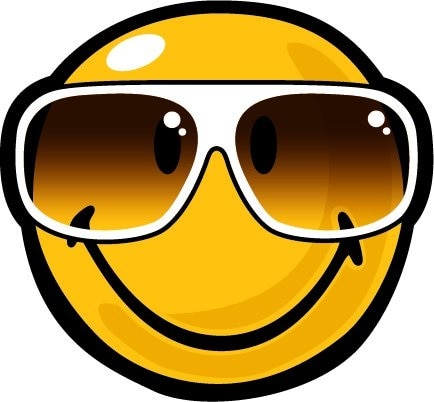 So, as I filled up the car our Scentsy business/direct selling business paid off with the credit card our Scentsy Consultant business pays off every month. 🙂 *Scentsy income disclosure.*  I couldn’t believe just how much hatred this woman had for direct selling. Honestly, I didn’t think there were still people in the world that held that perception of direct selling. I'm not naive enough to think that everyone loves direct selling but I was surprised at just how belligerent she was towards it. But I like to think that this woman is really just a victim of misinformation and has never had the opportunity to actually get to know people working direct sales.

Now, let’s talk about the rewards of being a Scentsy Consultant or direct seller. First, as in any business to look exclusively at the money would be limiting and not indicative of the real reasons people choose direct selling. For example, when I applied for corporate jobs I always asked about things like healthcare, 401k, paid time off, culture, and work-life balance when I considered the job. Salary is just one thing to consider. Beyond income, research indicates that individuals enjoy the fringe benefits like the flexibility of being their own bosses and setting their own hours and schedule as well as not having to ask for time off!

When you talk about income with regards to being a Scentsy Consultant or direct selling you have to remember that direct selling is, well, still selling. As much as we talk about the other activities we spend the majority of our time doing like mentoring and recruiting, we still sell and have to sell a certain amount to get paid on the production of our team. Secondly, Scentsy Consultants are paid monthly and every month is different. Some months - like October and November - are huge sales months with consumers gearing up for the holidays. Thirdly, there is a large percentage of Consultants that join a direct selling company to buy their favorite products at a discount, NOT to make a living off it. And since individuals are paid based on their work and level of effort and time dedicated to their business, those that are working it like a part-time job earn a part-time income and it's important to remember that is exactly what they want out of it.

So, the first data I found went back to 2011 when Amy Robinson, a spokesperson for the Direct Selling Association, said that he median annual income for direct sales consultants in 2011 was $2,400. As I dug further I found that research done by Harris Poll in 2014 provided some more up to date information. According to the research -

Doing some simple math, that means that 2.4 million direct sellers earned more than $50,000 based on 2014 figures. The article points out that beats the national average salary for men and women, as well as the national median annual salary for all Americans working a 40-hour workweek as reported by the Bureau of Labor Statistics in Dec. 2013. Now, that’s only 15% of those involved in direct selling, but that’s also about the percentage of folks actually working their business. The research indicates that 70% of Consultants spend less than 15 hours/week on their business. An important note to add here is that those 15% earning that $50,000 and up are doing it how, when, and where they want to.

In summary, can you make money in direct selling? The answer is of course, yes. The most important things to remember are;

When you talk about income in direct selling you have to start with a few key understanding that direct selling is, well, selling. So individuals are paid based on their work and level of effort and time dedicated to their business and every month is different as some months - like October and November - are huge sales months with consumers gearing up for the holidays. Secondly, there is a large percentage of Consultants that join a direct selling company to buy their favorite products at a discount, NOT to make a living off it.

Direct Selling, like being a Scentsy Consultant, provide a lot of people a good side income that helps cover bills, pay off debt, and prepare for retirement. It can also be much more than and support a crazy family of 7 like mine! It just simply depends on your work ethic and what you value. If benefits like a flexible schedule, more time with family, being your own boss, and setting your own hours are appealing to you and you are comfortable as an entrepreneur with risk and have a good work ethic, than it’s a great fit. If not, and you prefer punching in and out and that mode of generating income than more power to you. Find the right fit and if Scentsy is appealing to you join my Scentsy team and let’s get you rocking and rolling!

As always, if today is the day and you're ready to get off the fence and launch your own business to enjoy more time with family, help pay off debts, earn free travel, to pay for monthly car bills, or to even make much, much more money, then let's not delay and get you started! Join my Scentsy team and let's get you rocking and rolling!